Difference between revisions of "Dominic Röhm"

As Dominic Röhm is not a member of our working group anymore, the information on this page might be outdated. 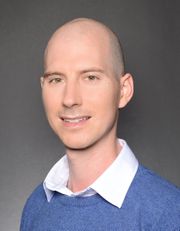 Investigation of the heterogeneous nucleation, i.e. the early stage of crystal growth, in a colloidal model system near a wall by Molecular Dynamics computer simulations. My focus is on the inﬂuence of the hydrodynamic interaction, which is often neglected, since nucleation is considered as a quasi-static process.

Snapshot of a partly crystallized system without hydrodynamics

However, recent experiments have shown, that the kind of thermalization of the sample has a drastic inﬂuence on the nucleation rate. The rate decreases by an order of magnitude, if the sample is molten by a turbulent ﬂow rather than a laminar ﬂow. In our simulations, hydrodynamic interactions are incorporated by coupling the particles to a lattice ﬂuid representing the solvent.

Snapshot of a colloidal system with hydrodynamics

Since the computation of the hydrodynamic interaction is still orders of magnitude more expensive than classical interactions, our MD simulation software ESPResSo employs GPUs for the calculation of the lattice ﬂuid, which was realized during my diploma thesis. By this, we can investigate systems, that previously required a small computer cluster, using a single GPU. By using a cluster equipped with GPUs, we want to use this speedup to systematically investigate the inﬂuence of hydrodynamics on the heterogeneous nucleation. Another field of interest are heterogeneous multi-scale methods to model shock-wave propagation in metals. The multi-scale simulation is based on a non-oscillatory high-resolution scheme for two-dimensional hyperbolic conservation laws proposed by Jiang and Tadmor. I applied this general framework to a set of differential equations for elastodynamics in order to model materials under extreme conditions. Me and my collaborators computed the evolution of a mechanical wave in a perfect copper crystal on the macro-scale by evaluating stress and energy fluxes on the micro-scale. A finite-volume method was used as the macro-scale solver, which launches for every volume element a light-weighted MD simulation (called CoMD) to incorporate details from the micro scale. Since the execution of an MD simulation is rather costly, we reduced the number of actual MD simulations through the use of an adaptive sampling scheme. Our adaptive scheme utilizes a key-value database for ordinary Kriging and a gradient analysis to reduce the number of finer-scale response functions. Additionally, a mapping scheme has been implemented to handle duplicated calls of the MD simulation efficiently.

Kriging, also known as Best Linear Unbiased Prediction (BLUP), estimates an unknown value at a certain location by using weighted averages of the neighboring points. It also provides an error estimate, which we use to decide whether a value is accepted or if we have to evaluate the finer-scale response function with the help of CoMD. So far I focus on how the accuracy of the physical values is affected by several thresholds in our adaptive scheme and their connection to the overall performance. It seems that the enhanced adaptive scheme is sufficiently robust and efficient to allow for the future inclusion of details present in real materials, e.g. interstitials, vacancies, and phase boundaries.

In coarse-grained Molecular dynamics (MD) simulations of large macromolecules, the number of solvent molecules is normally so large that most of the computation time is spent on the solvent. For this reason one is interested in replacing the solvent by a lattice fluid using the Lattice-Boltzmann (LB) method. The LB method is well known and on large length and timescales it leads to a hydrodynamic ﬂow ﬁeld that satisﬁes the Navier-Stokes equation. If the lattice fluid should be coupled to a conventional MD simulation of the coarse-grained particles, it is necessary to thermalize the fluid. While the MD particles are easily coupled via friction terms to the fluid, the correct thermalization of the lattice fluid requires to switch into mode space, which makes thermalized LB more complex and computationally expensive.

Snapshot of a turbulent flow field computed on a GPU

However, the LB method is particularly well suited for the highly parallel architecture of graphics processors (GPUs). I am working on a fully thermalized GPU-LB implementation which is coupled to a MD that is running on a conventional CPU using the simulation package ESPResSo [1]. This implementation is on a single NVIDIA GTX480 or C2050 about 50 times faster than on a recent INTEL XEON E5620 quadcore, therefore replacing a full compute rack by a single desktop PC with a highend graphics card. Furthermore, due to communication overhead problems of the LB CPU code, the performance of a single NVIDIA Tesla C2050 can not achieved. Performance measurements using a AMD Opteron CPU cluster (1.9GHz) showed, that even to 96 CPU nodes are up to 12 times slower then a single GPU.