As Owen Hickey is not a member of our working group anymore, the information on this page might be outdated. 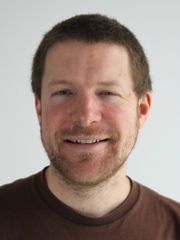