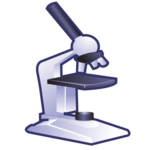 quicker or similar than

Electrophoresis is one of the main techniques to separate DNA molecules by size and has shown its effectiveness in the sequencing of entire genomes, including our own. This success story also increased the demand for improved and faster sequencing methods, in order to meet the upcoming challenges. more...

ESPResSo is a free, open-source software package for simulations of soft-matter systems, which is co-developed and used in the working group for most of its research. more...

Many new and exciting physical phenomena occur in charged systems in solution, where the interplay between the hydrodynamic forces and the electrostatic interaction plays an important role in determining the dynamical properties.

Using ESPResSo we are investigating many different systems, especially in confined geometries, like the transport properties of ionic solutions in nanopores during DNA translocation, electro-osmotic flow in slit pores and properties of suspensions of confined charged colloids, in particular in slit and cylindrical pores. more...

Dipolar magnetic fluids (also known as ferrofluids or ferrocolloids), are colloidal suspensions of ferromagnetic nanoparticles (typical sizes 10-20nm), usually stabilised by steric coatings (in non electrolyte carrier liquids) or by electrical double layers (in aqueous solutions). Sterical coatings are usualy made of a stabilizing dispersing agent (surfactant) which prevents particle agglomeration even when a strong magnetic field gradient is applied to the ferrofluid. more...

In the last couple of years, the computational power of graphics cards has grown much faster than that of conventional CPUs, although at the same time the graphics cards have become true general purpose processors. Recent graphics processors reach speeds of up to a Teraflop on a single PCIe-board. With the introduction of easy-to-use programming languages for the GPU hardware, this computational power can be harnessed for many applications. We use GPU computing to accelerate our computer simulations. more...

Ionic Liquids (ILs) are a subclass of molten salts which

have a melting point below 100°C. ILs have been known for more than 90 years, however, recently found members of this class have shown promise in applications in electrochemistry, analytics, technology, and engineered fluids. Many ILs are liquid at room temperature, with some freezing at temperatures around -90°C. Due to their salt like structure they usually exhibit a negligible vapor pressure up to high temperatures, making them particularly suited for "green chemistry". IL's also exhibit interesting solvation or coordination properties, suggesting that one could potentially use them as "designer solvents". more...

processes in porous media. Despite that fact fundamental concepts of twophase flow on macroscopic scales still remain unclear. The predictive power of the most commonly used extended multiphase Darcy theory is at best limited to simple problems where neither hysteresis nor dynamic effects like trapping nor varying residual saturations have a substantial impact on the solutions. more...

The crystallization of charged macromolecules has a number of important applications in many fields, such as biology, pharmacology or materials design. For example, proteins are crystallized for purification or structure determination and colloidal crystals are promising candidates for photonic crystals. more...

Understanding fluid transport in natural porous media is important for many